skip to main | skip to sidebar

LIVING WELL IS THE BEST REVENGE 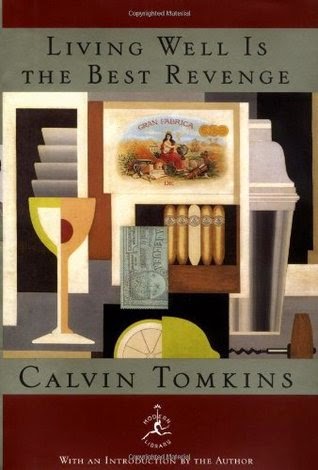 Published in 1971, Living Well Is the Best Revenge is Calvin Tomkins' account of the lives of Gerald and Sara Murphy, two American expatriates who formed a group of friends in France during the 1920s. Living in Antibes, France, they befriended artists and writers, including Cole Porter, Pablo Picasso, Fernand Léger, Ernest Hemingway and Scott and Zelda Fitzgerald. It was in Paris that Gerald Murphy first came across Cubist painting. This began a short career as a painter from 1922 to 1929. He produced 15 works; seven survive. Because of the death of his two young sons, he stopped painting. The title of the book (Living Well is the Best Revenge) comes from a thought that Murphy was happiest when he painted, and was never happy again because he gave it up (due to the loss of his sons).

As an artist myself, the question remains, "Either a comfortable life and lousy work, or a lousy life and beautiful work." (Ferdinand Leger). Can one have both?

Cynthia Mosser
Cynthia Mosser (cynthiamosser.com) is an artist (painter) whose work is influenced by color, folk art, design, nature and whimsy. She is represented by the Augen Gallery in Portland, Oregon USA, and lives in Vancouver, Washington.